Professor Rafaeli (Emeritus) served as a Senior Research Scientist at the Agricultural Research Organization (ARO), Volcani Center (Bet Dagan, Israel) and as Adjunct Professor in Insect Physiology and Chemical Ecology at the Department of Entomology, Faculty of Agriculture, The Hebrew University, (Rehovot, Israel).

Professor Rafaeli pursued her Bachelor of Science studies at the University of British Columbia, Vancouver, B.C., Canada and graduated in 1975. She completed her doctoral dissertation in Insect Physiology at Imperial College, University of London, London, U.K. in 1978. She received several scholarships during her studies including the Marshall Scholarship of the Royal College of Science (Imperial College, London, England) and Carlo Campolin Postgraduate Scholarship (University of London, England). Her post-doctoral studies included research and lecturing at the Department of Entomology, Faculty of Agriculture (The Hebrew University, Rehovot, Israel); the Kimron Veterinary Institute (Ministry of Agriculture, Bet Dagan, Israel) and the Department of Zoology, Tel Aviv University (Tel Aviv, Israel).

She served as President of the Entomological Society of Israel and received the Outstanding Membership Award of the Entomological Society of Israel in 2016. She served two terms as the Head of the Department of Stored Products, Institute for Technology and Storage of Agricultural Products, ARO and one term as Associate Director of Academic Affairs and International Cooperation at the ARO. She advanced a postdoctoral program for young scientists from India and China, organized an international food crisis conference on “Increasing food production: challenges & opportunities for the new era” and was active in establishing Israeli cooperation with various agricultural research institutes around the world. Professor Rafaeli founded the “Volcani Voice”, a quarterly journal highlighting the research achievements of scientists at the Volcani Center, ARO.

Professor Rafaeli has published over 80 peer reviewed original scientific and review articles in renowned international scientific journals and books. She has been awarded over 25 competitive research grants totaling over 3.5 million dollars. She has trained 27 graduate and post-graduate students and over the years she has hosted several visiting scientists in her laboratory. She has been invited to lecture, convene, and organize in over 50 international conferences.

The ultimate goal of Professor Rafaeli's research is to discover novel, non-toxic substances for the sustainable control of pest insect populations. She believes that through a thorough understanding of the endogenous regulatory mechanisms of key processes, which are crucial for the pest survival capabilities (such as sex pheromone communication), we will be able to design specific and environmentally safe products that will disrupt these mechanisms. Thus, the understanding of these processes at the physiological, cellular and molecular levels will reveal new designs for the modelling of antagonists that will be used to block these processes and thereby prevent successful mating/survival of the target pest insects. 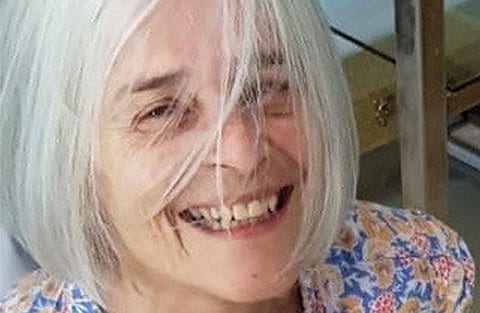 “My school years at King David have no doubt inspired me to pursue an academic career with the thirst to enlighten younger generations.”