He completed his undergraduate and post-graduate studies at the University of the Witwatersrand South Africa, where he was the top surgical graduate at the University of Witwatersrand in 1989. He has held various positions in numerous academic and professional associations including that of President of the Association of Plastic and Reconstructive surgery of Southern Africa (APRSSA). He is a fellow of the American College of Surgeons and was appointed Honorary Professor by the Senate of Wits University in 1999.

Professor Widgerow is author of over 150 plastic surgical related publications and 2 books. He was editor-in-chief of Wound Healing Southern Africa from 2007-2016. He was also the founder and medical director of 11 wound clinics in South Africa. His current fields of interest are medical device innovations, tissue engineering and wound healing.

After 20 years in private plastic surgical practice in South Africa, Prof Widgerow relocated to Irvine California in Dec 2009 to pursue his interests in medical device innovations, cosmeceuticals and wound care, but he still plays an active role in academic medicine worldwide. He is currently Chief Medical Officer of ALASTIN Skincare, Inc.

In July 2012 he was appointed to the Faculty of the University of California Irvine Plastic Surgery Dept as Adjunct Professor and Director of the Centre for Tissue Engineering. He is involved in multiple projects related to adipose derived stem cell and adipose decellularized matrix, wound healing and transplantation. In 2018 he was awarded the Distinguished Faculty Mentor of the year Award by the Institute for Clinical and Translational Science, UCI.

He has developed and licensed multiple products to the US and South African markets. 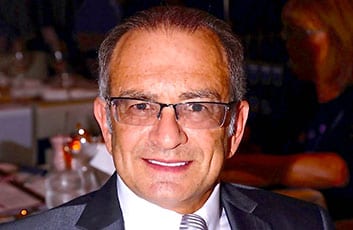