At King David, Alon moved between two very different worlds – the ‘main ou’ collective and the arty bohemian crowd that didn’t quite fit in. And this is how it’s continued throughout his life. Not quite here nor there – more comfortable amongst creatives but still in an orbit with people who manipulate their environments to their driven purpose.

Since leaving school, he has drifted with the winds of circumstance. He received a degree in English literature at the Hebrew University in Jerusalem, opened a record store with some friends, including fellow alumni Jony Kagan, and spent a couple of years gaining notoriety and losing money!

After a year in South Africa, he moved to Los Angeles where he currently lives with wife Lianne and their two amazing daughters, Lennon and Noa. After many jobs and designations, he finally stumbled into the semblance of a career as a copywriter and creative director in the advertising world

Late in the game, Alon uncovered a passion for photography. In 2008, he began commuting to his job on his bicycle with the new-to-the-world iPhone in his pocket. This powerful combination opened up a new world for him - he was able to stop on a dime and capture the wild and wonderful things happening around him. He began posting his images on social media and after a while became recognized as one of the pioneers in the burgeoning mobile photography revolution. At the time, he came to the attention of Forbes magazine and was featured in an article where he was dubbed “Los Angeles’s iPhoneography wizard.”

Alon has received various awards; he was published in the Los Angeles Times and Reader's Digest; wrote a series of articles about mobile photography for Manfrotto’s Imagine More; and exhibited in galleries around the U.S. and Europe. He has also worked as a freelance photographer for music publications, newspapers, advertising agencies and other entities.

His latest endeavor involved making portraits of people living under lockdown, which has just been published as a book entitled In Place | Portraits of a Pandemic. His subjects include rabbis, rock stars, social change activists, celebrity chefs and dozens of interesting ordinary people living their lives during the time of COVID-19. He is also working on a couple of other exciting projects, one of which explores the problem of gun violence in America, and another more light-hearted collaboration with legendary South African artist and author Trevor Romain. 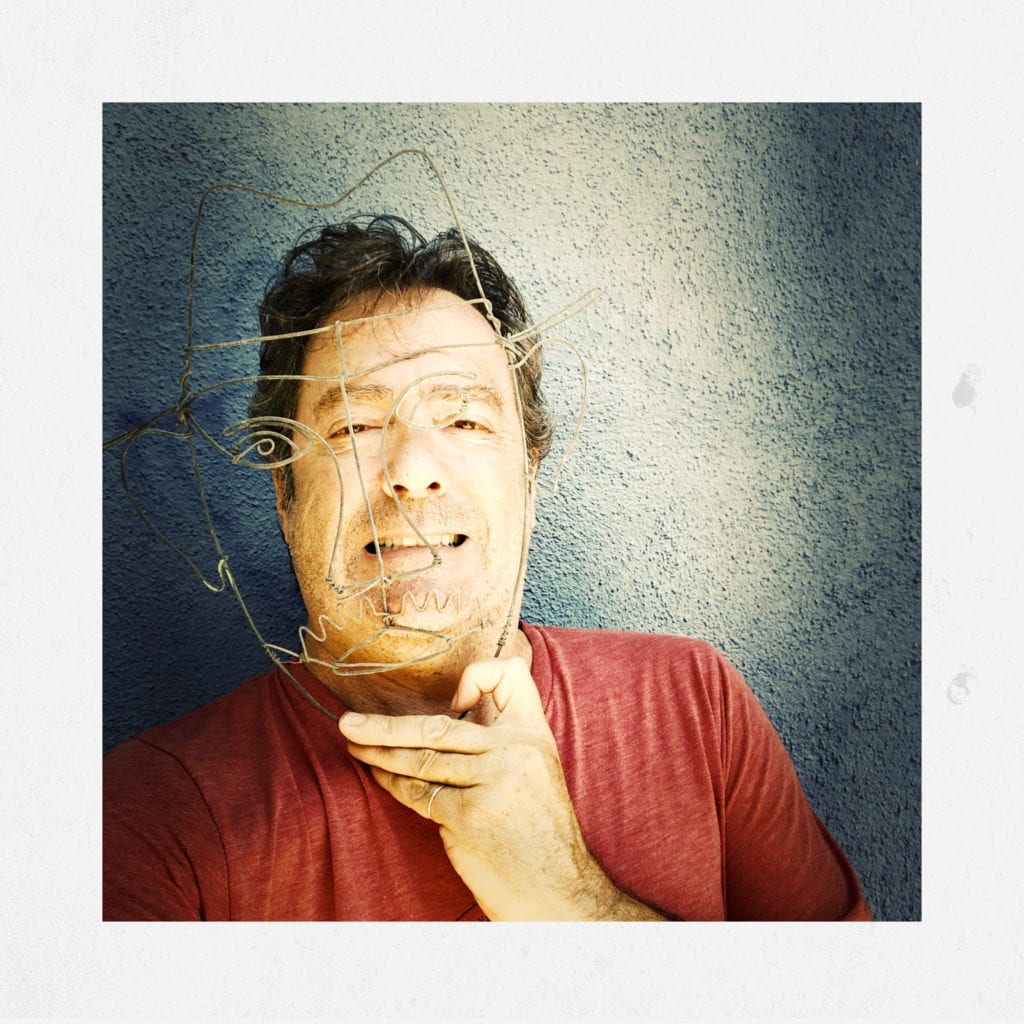 “Teachers who made their mark on me include Mrs. Benjamin, Mr. Maker, Mr. Lowry. Mr. Mink, Mrs. Cohen, Miss Price, Mrs. Joffin, Mrs. Madugno, Mrs. Golden, Mr. Connor and of course, Mr. Wolf, who somehow managed to avoid caning me even though I was most certainly a fly-under-the-radar rebellious miscreant.

I’m deeply honored that Mr. Wolf invited me to join this esteemed group of ex-Davidians who have shaped the world in their image, fulfilled a blueprint of success, and contributed to their communities and, in many cases, humanity at large, in ways that are utterly astounding and, to be candid, totally intimidating. I’m not convinced I belong here. Too often, I perceive myself as an imposter staggering along life’s path, grasping at flashes of vision. I yearn to silence the chatterbox in my brain that constantly compares me with high achievers and tells me I come up short. That said, I recognize that the zone I enter when I’m in the flow, is something exquisitely precious that gives my sense of self-worth permission to soar. Crazy to think that with the click of a shutter, the purity of existence manifests itself, the world disappears, and is born anew.”