Andy Bolnick is the Director of Ikhayalami, an NGO that focuses on developing and implementing technical solutions for informal settlement upgrading. Andy is an urbanist and development practitioner who has a practical and theoretical base in architecture and urban planning and a degree in Political studies. She set up, Ikhayalami (‘My Home’), in 2006 pioneering work on informal settlement upgrading.

Her 20 years’ experience conceptualizing and working with urban poor communities has been her greatest learning. She is adept at designing both systems and form. Andy views informal settlements as emergencies either because they have suffered the aftermath of a disaster or because they are disasters waiting to happen. She pioneered shack upgrading in 2006 designing a fire and flood resistant shelter that is quick to build, durable and affordable.

She has been a driving force behind the idea and implementation of re-blocking: a participative design intervention that couples innovative shelter and infrastructural solutions with the spatial reconfiguration of informal settlement layouts to ones that are more rationalized. This initiative has influenced the state (through partnerships and change in Policy), poor communities and social movements.

BT community and in partnership with Urban Think Tank, known as the Empowershack project.

It focuses on the design and implementation of a series of double story prototypes linking this to the spatial reconfiguration of a settlement in Khayelitsha and the development of new financial models for informal settlement upgrading. She has also conceptualized and helped design a digital re-blocking puzzle game to help augment participative planning processes.

In 2011, Andy was awarded an Ashoka Fellowship (a global organisation that identifies leading social entrepreneurs with innovative solutions to the world’s most pressing social problems). In 2012  Ikhayalami was a finalist in the FT/Citi Bank Ingenuity Awards and in 2013 the re-blocking initiative came second in the Africa/Middle East category. In 2017 Ikhayalami won first prize to further develop a digital toolkit for informal settlement upgrading. In January 2018 the Empower Shack project was nominated for the Royal Institute of British Architects Prize. 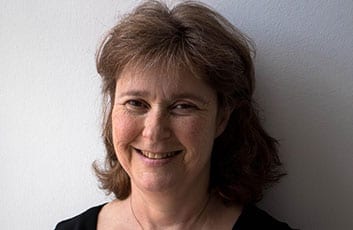