Andy Kuper is the Founder and CEO, LeapFrog Investments. He is an investor and entrepreneur whose Profit with Purpose investment philosophy has shaped various industries and countries. He founded LeapFrog Investments in 2007, which was named by Fortune as one of the top 5 Companies to Change the World, in 2017, alongside Apple and Novartis.

Today, LeapFrog’s companies reach 178 million people across 35 countries with healthcare or financial services. Portfolio companies have grown at close to 40% per year and now employ 128 thousand people. In May 2019, LeapFrog announced a third R10 billion ($700m) private equity fund, backed by many of the worlds’ leading institutional investors, that focuses on companies delivering essential services across Asia and Africa.

Andy has been hailed by the Economist Group for demonstrating “how to change the way we invest as individuals, institutions and societies,” by EY as Entrepreneur of the Year and by the Financial Review as one of Australia’s 20 True Leaders. Earlier in his career, he was selected as a World Economic Forum Young Global Leader. Recently, the International Insurance Society awarded him its Gold Medal for transformative impact on the global industry.

Andy was educated at WITS (where he was Chancellor’s Medalist), Harvard (where he won the Henry Fellowship) and Cambridge. He holds a PhD from Cambridge, supervised by economics Nobel Laureate Amartya Sen and ethicist Baroness Onora O’Neill. Andy is also the author of two books on governance and democracy and co-author of publications with diverse leaders and Nobel laureates.

He now lives in Sydney with his wife, human rights lawyer and academic Bassina Farbenblum, and their two children. 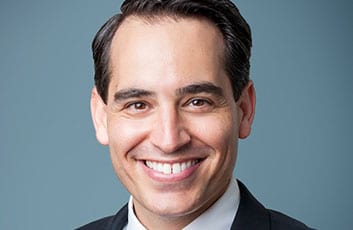 “I have especially fond memories of being coached for Best Public Speaker by Mrs Wolf and for the winning state debating team by Mrs Orkin – passionate educators both”.