Anthony left South Africa a few days after completing matric, and has lived in the U.S. since then, with the exception of a year that he spent in the UK. He attended three universities – Columbia in New York, Cambridge in the UK, and Princeton in New Jersey, and obtained four degrees in economics and public policy.

Since then, he spent almost his entire working life in the international affairs branch of the U.S. Treasury Department, which manages America’s economic relationships with the world and works to build stability and economic growth around the world. He has worked on numerous issues within the organization, and is currently Director of the Office of the Middle East and North Africa, which oversees twenty economies, from Morocco and Turkey through Iran. He is also a governor of the Israel – U.S. Binational Industrial Research and Development Foundation, which promotes R&D cooperation between the two countries. 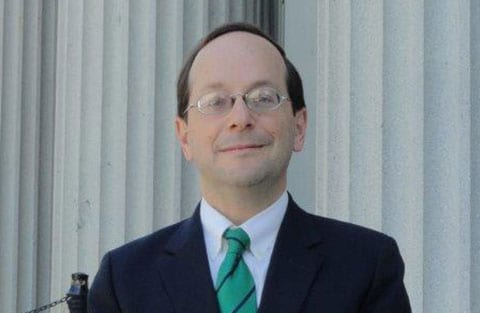 “King David prepared me well for university – while I was quite intimidated at first, I soon realized that my academic background was second to none. If I were to point to one teacher, it would be Mr Lowry, who encouraged us to think out of the tiny bubble in which we lived, and not to be afraid of where our thinking would lead. I’d also note Dr Simpson, whose insistence on rigor and precision was an important influence”.