Ashley Davidoff is a physician and artist who lives with his wife Naomi and four children near Boston, Massachusetts. He started his schooling at the King David nursery school in 1956 and matriculated from KDHS (Linksfield) in 1969. During his school years he participated in many team sports, and won national championships in tap and flamenco dancing. His dancing remained hidden from friends at school, but subsequently influenced many of his later pursuits.

Ashley graduated from Wits medical school in 1975. He continued his medical education abroad in post-graduate fellowships in Pediatric Cardiology (Sick Children’s Hospital, University of Toronto), Pediatric Cardiac Pathology (Boston Children’s Hospital, Harvard Medical School), and Cardiovascular and Interventional Radiology (Brigham and Women’s Hospital Boston, Harvard Medical School). For most of his professional life Ashley has pursued passions in the realms of art and photography– fields he began to explore after his academic studies, during a year’s sabbatical spent in South Africa and Europe. Advancing his career as an academic radiologist, Ashley became Professor of Radiology at the University of Massachusetts, where medical education was a prime focus. He is returning to academic medicine as Professor of Radiology at Boston Medical Center in 2019.

Ashley has consolidated his multi-disciplinary interests as a medical educator in a program called The Common Vein, which unites art, nature and biology (The Common Vein). This web-based educational program emphasizes simplicity of principles that underlie complexity of detail in biology and medicine, incorporating the universal pursuit of Oneness. More than 500 of his original art works can be found in ArtinAnatomy.com.Ashley has won numerous awards at national radiology meetings; his work has been displayed at the Boston Museum of Science and featured on television (Chronicle). Ashley’s multicultural background and interdisciplinary creativity provide a unique and exciting perspective on biology, medicine and art.

His most Influential teachers from King David School include: 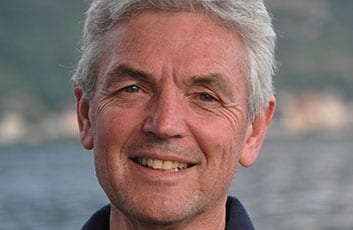