Upon returning to South Africa in 2010, Bonita became an associate professor at Wits Law School. In 2013 she became the director of the Centre for Applied Legal Studies, a long-standing civil society organisation and research entity specialising in human rights law and justice. Bonita also teaches international law, business and human rights and international criminal law. She is the author of the book, Domestic Violence and International Law. Bonita was the internal investigator in the sexual harassment inquiry at wits in 2013 and is the chair of the Sexual Harassment Advisory Committee at Wits. She is an editor and chair of the board of the South African Journal on Human Rights and the founding member and chair of the board of Lawyers against Abuse.

Bonita was accepted for the African Leadership Initiative, part of the Aspen Institute, and was awarded the Rockefeller Foundation Bellagio Fellowship.

In 2019, Bonita was made a Knight of the Order of Merit by the French government for her work in gender-based violence

Bonita is happily married and has a wonderful daughter. 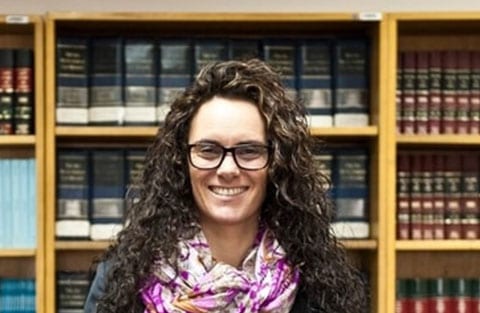 "The teachers who made a significant impression on me included Mrs Price, my history teacher, whose dedication to a more just approach to South African history was unique and inspiring. She was equally inspiring her commitment to her students and family. She taught me far more than the subject itself.

The same is true of Mrs Sephtel. Mrs Sephtel introduced me to the romantic poets, which remain close to my heart today. She infused in me a love of literature that is one of my greatest pleasures today. She also was a brave purveyor of social justice and human rights, ensuring that the racism of apartheid did not enter her classroom

Both teachers remain pivotal in how I lead my life."