Carolyn is not your average Davidian, given that she was born profoundly hearing impaired. Her achievements under these circumstances are nothing short of amazing.

She spent intensive years in speech therapy to become fully speech fluent. Instead of attending the school for the deaf which was the only option at that time, she attended King David School Linksfield from Grade 1 until Matric. This was due to the combined efforts of the Society for the Hard of Hearing Child (the brainchild of her late speech therapist and mentor, Mrs Ruth Jacobs), and the principal of the junior/ primary school, the late Dr Jock Beron. Dr Beron was a visionary in agreeing to try to integrate hearing impaired children with hearing children. She has an enduring memory of his greeting her in the mornings when he walked from his house located at the school towards the office – a sprightly man with a shock of white hair.

It turned to be out to be a successful experiment, as she excelled academically and matriculated in 1982 with two distinctions (A big deal in those days).

She completed her MBBCh in 1994 and did her internship at JG Strijdom (now the Helen Joseph) Hospital. She had to make plans to get her own pager (at her own cost) so the hospital staff could text her. Some “out of the box” thinking and adjustment by the hospital staff was required, but to their credit, they happily rose to the occasion. Today, the digital age would have made her life so much easier.

Carolyn did a year as a Medical Officer before specializing in Chemical Pathology. She did her registrar post in the National Health Laboratory Services and Johannesburg General Hospital from 1997 to 2000, and received her specialist qualification with the College of Medicine in October 2000. She stayed on as a consultant until March 2007, during which time she completed a Masters of Medicine degree. Her thesis was on insulin resistance in obese black and white women. Obesity remains a special interest of hers.

In March 2007 Carolyn left the NHLS to pursue an 18 month diploma in Palliative Care at the University of Cape Town. During that time she worked as a consultant with the University of the Witwatersrand Palliative Care centre at Baragwanath hospital, doing outreach work in Soweto and teaching medical students. She completed her diploma and returned to pathology.
Carolyn currently works for AMPATH as a pathologist, and is also a sessional tutor for the Wits Centre of Palliative care. She is also an oral mentor at HI HOPE, a a homebased early intervention programme for families with deaf infants.

She is married to David Batzofin, and pursues her creative side as a potter. They are the proud parents of two adorable furcats, Dusty and Miro. 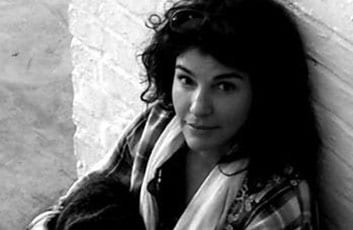 "I am indebted to those amazing teachers at KDSL who believed in me: Mrs Masha Berger, Mrs Margot Paz, Mrs Riesa Lipschitz and Mrs Rene Freedman. They ensured that I did not have to struggle in keeping up with very noisy classes. I remain in contact with the majority of them to this very day."