Dr Clive Evian matriculated from King David Linksfield in 1969 and went on to study Medicine at the University of the Witwatersrand. He later specialized in Community Health in 1991, and is a registered specialist in this field.

In 1982 he joined the Wits Health Services Development Unit, which was tasked to research and develop rural health care services in South Africa and later became the Director of the Unit.

Clive was one of the first doctors to begin addressing the HIV/AIDS epidemic in South Africa. He worked in the Government, Non-Government and Private sector. For over 25 years he worked almost entirely with HIV/AIDS in South Africa and beyond, and was part of the steering team that developed the first Strategic HIV/AIDS Plan for the new South African Government in 1994. His work involved all aspects of the epidemic from awareness, policy to treatment and training.

He is widely published. His book entitled PRIMARY HIV/AIDS Clinical Care (5 editions) targeting developing countries, with close to 100 000 copies distributed and sold. He has authored various other books and scientific publications and spoken at many conferences and workshops locally and abroad. His work has taken him into over 16 countries in Africa.

Clive was elected as an Associated of the College of Medicine in Public Health Medicine in 1992 and was featured in the Who’s Who of South Africa in 2009. He also worked for Right to Care in the field of Mother to Child HIV transmission.

In 2014 Clive moved on from dealing with the HIV epidemic and trained in Imago Relationship Therapy and now practices as a relationship therapist. He is also an acclaimed photographer and has had various photographic exhibitions. 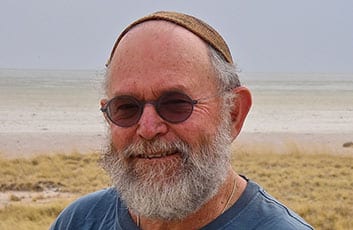