Dan Berkowitz is currently the Chairman and Habeeb Endowed Professor of the Department of Anesthesiology and Perioperative Medicine at the University of Alabama in Birmingham, where he leads 125 academic faculty, close to 100 residents and fellows and over 200 nurse anesthetists. The department is ranked in the top 20 in the country for National Institute for Health funding. UAB is one of the largest and well renowned academic medical center in the Southeast United States.

After graduating from Wits Medical school in 1984, Dr. Berkowitz was awarded a research fellowship at the SAIMR in human genetics where he was mentored by Dr. Trefor Jenkins. After emigrating to the US in 1987, he completed his residency and fellowship in Anesthesiology and Cardiac Anesthesia at Duke University. Dr. Berkowitz was then recruited to The Dept. of Anesthesiology and Critical Care Medicine at Johns Hopkins where he climbed the academic ladder to become a Professor of Anesthesiology as well as Biomedical Engineering. He established an internationally recognized vascular biology laboratory that was continually funded for over 15 years, receiving over 6 million dollars from the NIH, NASA and the American Heart Association. He has published over 160 original scientific papers, and many book chapters, reviews, and editorials. He has trained many undergraduate, graduate students and post-doctoral fellows from all around the world. One of the highlights of his career was his rodent cardiovascular experiment on the ill-fated Space Shuttle Columbia, Scientific STS107 mission, which unfortunately met with a tragic ending with the Israeli astronaut Ilan Ramon on board.

Dr. Berkowitz has always been a keen squash player. One of the highlights of his squash career was playing with the American Men’s Over 55 team in the International Masters Tournament in 2016 which took place in Johannesburg.

Dan is married to a fellow Davidian and fellow Wits Medical School graduate, Diane Ossip. Diane is a US trained psychiatrist who specializes in Adult Emergency Psychiatry and is the Medical Director of the Crisis Mental Health agency that serves the city of Baltimore. They have 4 children all of whom attended Jewish day schools in Baltimore. 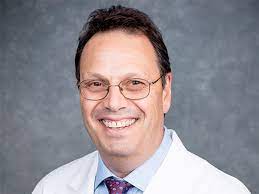 I remember King David as a nurturing environment that fostered curiosity, innovation, love of learning, and independence. Whether in the classroom or on the sports field there was always a sense of comradery and school pride. King David also fostered a deep sense of Jewish identity, and promotion of leadership that has had a significant impact on my personal and professional life and trajectory.