After David’s matriculating at KDHSL, the Simmons family emigrated from South Africa to the USA, where David and his siblings took full advantage of the advanced opportunities available to the hard of hearing.

In an effort to further his education in the field of multimedia and communications, David concentrated on multimedia design for his baccalaureate at Gallaudet University, which is the first and only liberal arts university that utilises American Sign Language as the medium of instruction.
There he was elected as the President of the Student Governing body on two occasions, and was a conspicuous leader in political issues, student affairs and multimedia activities. In fact, during the Unity for Gallaudet protests he successfully led the hunger strike for 17 days, and this action successfully brought an end to the protests.

David understood Helen Keller’s parting words “Blindness separates from things, deafness separates people” and he made it his mission to ensure that this separation could be removed. His belief in the benefits to be derived from technological advancements has in fact enabled him and others like him to be at one with the hearing world. His Master’s degree from Gallaudet University specialised in sign language education which fully utilises the advantages to be gained from using the camera and video.

David’s career journey had many highlights. He did video graphic designs for South African TV commercials and in the late eighties, he was instrumental in the creation of the first South African Sign language dictionary in SA catering for 128 different indigenous sign language and dialect groups.

On a personal level, when he has the time, David loves to cook, having served as a chef at a French restaurant in London, and has a love of racing cars. In fact, he came 4th in his rookie season in Formula 500. David admits that the birth of his daughter, Maya, has had a profound effect on his view of the world and how to help others achieve their full potential.

He and his life partner have recently relocated to Hawaii and are looking forward to enjoying the daily pleasures life has to offer in this paradise. 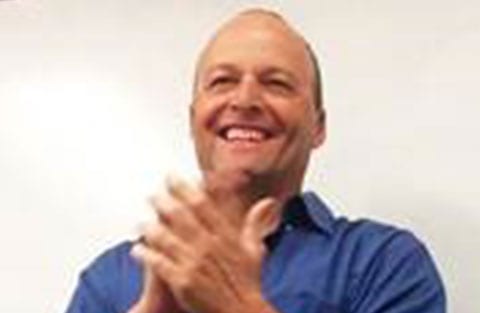