Daviah Koseff is a Physiotherapist and the Clinic Manager at Irgun Nehei Zahal, a facility that offers sport and cultural activities, as well as physiotherpay to disabled veterans and their families. She
opened the clinic in 1996 and today they are a staff of 7 physios and one occupational therapist serving over 180 patients every month

After school, Davidah received a BSc in physiotherapy at WITS University. While at university, she continued to study music studies privately (she had done music as a 7th subject for matric at King David) and received a teacher’s diploma from Trinity College in London.

After graduating from WITS she enrolled at the University of the Pacific in Stockton California, where she received a Masters degree in Music Therapy in 1987. In 1990 she made Aliya to Jerusalem where she has been living ever since.

From 1991 to 1999, she worked as a physio at Hadassa Hospital, specializing mainly in rehabilitation. By the end of my tenure, she was the physio team manager of the outpatient rehabilitation department. While at Hadassa hospital, she started working part time at a physiotherapy clinic of Bet Halochem - an organization that caters specifically to the needs of disabled veterans.

While working at Hadassa, she enrolled in the University of Strathclyde, Glasgow, Scotland, as a distance learning student and studied towards a second Masters degree in rehabilitation sciences, specializing in gait analysis and the biomechanics of orthotics and prosthetics. She received my MSc degree in 2002 and in addition to her work as a physiotherapist, she consult once a week for an orthotics company that makes custom-made orthotics / leg braces for adults and children.

In 2008, Davdiah was included in the medical team that accompanies the Israel Paralympic Athletes for the games in Beijing. This was er first time at such a huge event, although she has been involved with Paralympic sport for a number of years prior. She served as the physiotherapist for the Israeli National Disabled Badminton team, treating their athletes in Israel and accompanying them on their travels to competitions all over the world.

After my participation with the games in Beijing, she was asked to serve on the medical board of the Israel Paralympic Committee and the Israel Sport Association for the Disabled, which she has been serving on ever since. As her involvement with disabled athletes grew, she was able to head the medical team of the Israel Paralympic Committee to the games in both London in 2012 and in Rio de Janeiro in 2016 and will be accompanying them to the 2020 games in Tokyo. 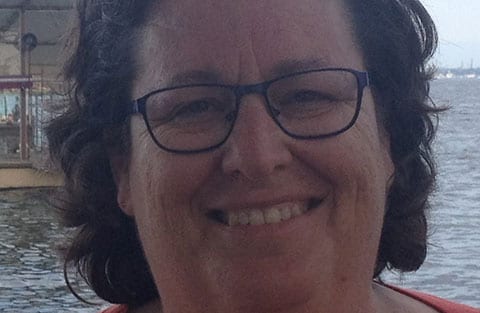 "I have very fond memories of the 14 years I spent at King David (from nursery school all the way to Matric). The rich grounding in Jewish pride is what brought me to live here in Jerusalem.

There were so many amazing teachers who influenced me along the way. Dr Beron who never gave up on me even though for the life of me I still can’t understand sets and subsets. Jannie Jansen who was the first to put me on the stage. Dr Simpson who preferred teaching “Charlie the brick” than the rest of us who didn’t understand physics, and so many more.

I think the three most influential teachers were: Mrs Barclay who made me believe that I could do maths even though some of the time my grades said different. Keith Maker who reinforced my love for literature and gave me so many opportunities to perform on stage. Last, but by no means least – Mr Elliot Wolf. He was more than a head master. He was also my Latin teacher for a year. He was always interested in what I was doing and encouraging me along the way. Even though it was a little embarrassing when my mom (who used to teach science at the school) invited him for a Friday night dinner every so often, he always showed each and every student how much he cared. I can never forget that feeling at assembly when it seemed as if he was looking right at me and noticing if I was not paying attention"