Professor Gary Ackerman is an internationally recognized counterterrorism expert, researcher, educator, administrator and entrepreneur. After graduating with distinction from Wits University with a BA in Mathematics, Law and International Relations and a BA (Hons) in International Relations, he served as the Chief of Operations at the Johannesburg-based African-Asian Society, forging cultural and business relationships between Africa and Asia. He then joined a telecommunications start-up in New Zealand, but left to follow a life-long dream when he was awarded a full scholarship to Yale University to study for an MA in International Relations. He graduated top of his class and then moved to sunny California, where he joined the Monterey Institute of International Studies as a terrorism researcher and became the director of the Weapons of Mass Destruction Terrorism Research Program at the Center for Nonproliferation Studies. During this time, he also set up a consulting company to work on government-funded projects.

Following the September 11 attacks, his work studying the intersection of terrorism and the most devastating weapons placed him in great demand and he became increasingly involved with counterterrorism research and practice on behalf of the U.S. government. When the new Department of Homeland Security set up Centers of Excellence, Gary was invited to become the Research Director at the National Consortium for the Study of Terrorism and Responses to Terrorism (START), situated just outside of Washington D.C. He went on to also be the founding Director of the Unconventional Weapons and Technology, and Special Projects Divisions at START.

Gary spent more than a decade working with a range of U.S. government agencies, including the military and intelligence communities, on various issues related to anticipating and countering terrorist threats around the world. During this time he somehow managed to juggle his day job with further studies (and a newborn) to complete his Ph.D. in War Studies at King’s College London, which dealt with the impact of emerging technologies on terrorist decisions relating to weapons adoption.

Gary is the co-editor of Jihadists and Weapons of Mass Destruction (2009), the editor of “Designing Danger: Complex Engineering by Violent Non-State Actors” (special issue of the Journal of Strategic Security, 2016) and author of over seventy publications, including in prestigious journals like Science. He is a Senior Advisor to the Global Catastrophic Risk Institute and on the Advisory Board of the Prosecution Project. He was a member of the Office of the Director for National Intelligence’s WMD Expert Advisory Group of the Information Sharing Environment initiative and has testified on terrorist motivations for using nuclear weapons before the U.S. Senate.

After more than a decade of six-day work weeks (with Shabbos being the only day off), Gary decided to escape the commotion of Washington, D.C. to take up a position as Associate Professor in the College of Emergency Preparedness, Homeland Security and Cybersecurity at the University at Albany in New York. He simultaneously serves as Associate Dean in the College. He currently splits his time between his teaching and administrative duties, and continuing to consult for a variety of counterterrorism agencies. Never one to remain idle, Gary continues to explore new ventures, the most recent of which is founding the Center for Advanced Red Teaming, a global focal point for red teaming research, training and practice.

In the tiny amounts of spare time that he has, Gary enjoys running, cooking, beer, origami and most of all spending time with his lovely wife and their two children.

“King David gave me the tools to think broadly, dream big, appreciate my Judaism, be a mensch, and not to give up when the going gets tough. I am indebted to all the wonderful teachers and leaders, especially Ms. Benjamin, Mrs. Barclay and of course Mr. Wolf, for inspiring me and helping me bloom both intellectually and spiritually.” 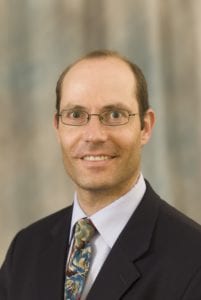