Geoff lives in Australia and in the Queen’s Birthday Honours list of 2005, was appointed an Officer of the Order of Australia. This Award was conferred on him for his significant contribution to Sport, the Arts and Philanthropy.

He was formerly CEO, and Executive Chairman of Investec Bank (Australia) Limited following a career as a partner in a major Australian law firm and as an investment banker and is the founder and currently Chairs Monash Private Capital, an Australian investment house. He also is and has been the Chairman or Director of a number of private and Australian Stock Exchange listed entities.

In addition, he has been appointed to a number of government roles including being a former Deputy Chairman of the inaugural Australian Sports and Anti-Doping Authority; former Director and Chairman of the Film Finance Corporation of Australia (the Federal Government’s primary Film and Television body). Geoff chaired the New South Wales Government Property Asset Utilization Taskforce whose report was adopted as the blue print for managing the New South Wales Government’s $70 billion plus property portfolio.

Geoff was the originator, coordinator and major donor to Munich Olympic Memorial, Homebush Olympic Park, Sydney. The first permanent Memorial built at the site of an Olympic Games to commemorate the tragedy of the murder of Israeli athletes at the 1972 Munich Olympics. At the 2000 Olympic Games, Geoff was awarded a Citius Altius Fortius Silver Medal by the IOC and was appointed the Attache for the South African Olympic team. He was Co-founder of the World Rugby Corporation (“WRC”) in 1995, which became the catalyst for the professionalism of international rugby union in Australia and the rest of the world. (Covered extensively in the best-selling novel, “The Rugby Wars” By Peter Fitzsimons).

He is an active player in the Venture Capital ecosystem and Chairs Our Innovation Fund as well as the Advisory Board of OurCrowd, one of the world’s largest equity crowd funding platforms, which has its headquarters in Jerusalem.

Geoff feels privileged to have spent both his primary and high school years studying at the King David School Victory Park, as this provided him with Jewish pride and the confidence and determination to make a difference in the Sport, Arts and Philanthropic arenas. 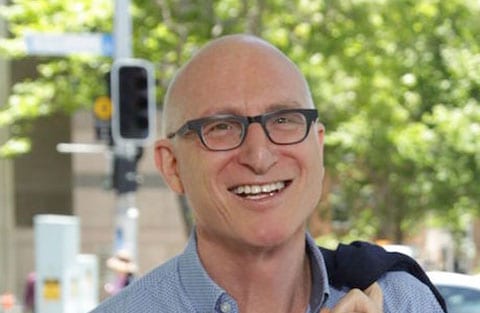