Jeffrey Koseff, the William Alden and Martha Campbell Professor of Engineering, and the Founding Perry L. McCarty Director of the Stanford Woods Institute for the Environment at Stanford University, has been instrumental in developing the vision for the interdisciplinary work on environmental issues at Stanford.

Between 1992 and 2003, as a member of Provost Committee for the Environment, Koseff and colleagues developed a number of interdisciplinary academic programs at Stanford including the undergraduate Earth Systems Program; the Goldman Interschool Honors Program in Environmental Science, Technology and Policy; and the Interdisciplinary Graduate Program in Environment and Resources. During this time Koseff and colleagues also developed the Global Climate and Energy Program which funded research focused on developing advanced energy technologies with reduced greenhouse gas emissions.

In 2003, Koseff was appointed as co-chair of the Provost Committee and was tasked by then Stanford President John Hennessy of developing an Institute for the Environment at Stanford to spearhead the Stanford Environmental and Sustainability Initiative which Koseff co-led with Law Professor Buzz Thompson and Earth Scientist Pamela Matson.  The Institute which was launched in April 2004 under the directorship of Koseff and Thompson was named as the Stanford Woods Institute for the Environment in 2006.

The Institute (https://woods.stanford.edu/) currently has a core faculty group of 35 jointly appointed Fellows, more than 150 faculty affiliates, and a budget of $22 million, focusing its efforts on freshwater, the oceans, natural capital, food security, human health, sustainable development, and climate solutions. The Precourt Institute for Energy was launched in 2010 as part of the Environmental and Sustainability Iniatative.

Koseff joined the faculty of the Department of Civil and Environmental Engineering in 1984, and was promoted to full professor in 1996. He served as Director of the Environmental Fluid Mechanics Laboratory from 1991 to 1996, after a 6-year stint as Assoc. Dir. In 1995 Koseff was appointed as Chair of Civil and Environmental Engineering (CEE) and served in this capacity until September 1999, when he assumed the role of Senior Associate Dean of the School of Engineering until December, 2002. Prior to coming to Stanford as a graduate student in 1977, Koseff worked as a consulting engineer in South Africa, where he was born and educated initially.

Koseff's research area falls in the interdisciplinary domain of environmental fluid mechanics and focuses on the interaction between physical and biological systems in natural aquatic environments. His research activities are in the general area of environmental fluid mechanics and focus on: turbulence and internal wave dynamics in stratified flows, transport and mixing in estuarine systems, phytoplankton dynamics in estuarine systems, coral reef, sea-grass and kelp-forest hydrodynamics, and the role of natural systems in coastal protection. Most recently he has begun to focus on the interaction between gravity currents and breaking internal waves in the near-coastal environment, and the transport of marine microplastics.

He is the recipient of the Knapp Award in Fluids Engineering from the American Society of Mechanical Engineering (ASME), and an outstanding service award from the American Society of Civil Engineering (ASCE). Professor Koseff has been the recipient of a number of teaching awards at Stanford, including the Stanford School of Engineering Tau Beta Pi Award for excellence in undergraduate teaching (1989 and 2019), an ASSU Outstanding  Teaching Award (1992), the Rhodes Award for Excellence in Undergraduate Teaching  (1993),  the Eugene L. Grant Award (1995 and 2011), and ASSU Teacher of the Year –Honorable Mention (2007). In 1994 he was named a University Fellow, and in 1995 he was named a 3-year Bing Teaching Fellow at Stanford. Professor Koseff was a Gledden Visiting Senior Fellow at the Centre for Water Research at the University of Western Australia in 1991. In 2015 Koseff was elected as a Fellow of the American Physical Society and he received the Richard W. Lyman Award from Stanford University. In 2017, Koseff received the inaugural Sustainability Award from Stanford for his contributions to increasing the sustainability of Stanford’s practices and facilities, and in 2018 he was named as the Borland Lecturer in Hydraulics by Colorado State University.

Koseff has served on the Board of Governors of The Israel Institute of Technology, and has been a member of the Visiting Committees of the Civil and Environmental Engineering department at Carnegie-Mellon University, The Iowa Institute of Hydraulic Research, and Cornell University. He has also been a member of review committees for the College of Engineering at the University of Michigan, The WHOI-MIT Joint Program, the University of Minnesota Institute on the Environment, and St. Anthony’s Falls Hydraulics Laboratory. He is a former member of the Independent Science Board of the Bay/Delta Authority. 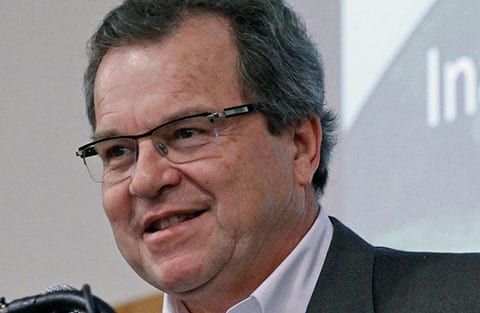