Dr Jonathan Fishman is a board certified gastroenterologist in Denver, Colorado.
After matriculating from King David High School Linksfield, Jonathan studied medicine at Wits Medical School. After qualifying, he completed a one-year internship at the Johannesburg General Hospital after which he began a 3-year residency in Internal Medicine followed by a 3-year fellowship in Gastroenterology and Hepatology in St. Louis, Missouri.

He has been in private practice in Denver since 2003, where he lives with his wife and 4 daughters. He has been consistently featured as a "Top Doctor" in his field of practice for 13 consecutive years in a vote that is taken by his colleagues in a local publication.

In his spare time, Jonathan loves to run long distances in the beautiful Colorado outdoors and spends time traveling with his family. 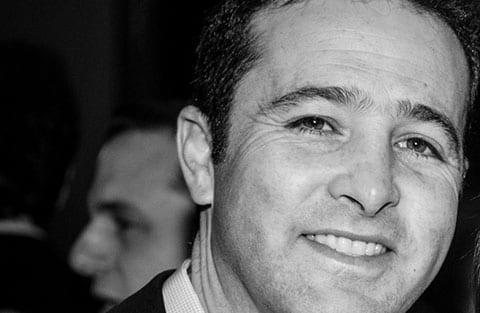 "I attribute a significant amount of the success that I have achieved to King David. King David School is unique. I was not always at King David and I therefore have a point of reference as a comparison. I can clearly remember my teachers anxiously waiting outside the hall when each of our matric exams ended, coming up to us asking about what material came up and how it went. My teachers took such a personal interest in their students and our success was their success. This extended beyond just the school, as when I was in medical school I received notes from Mr. Wolf congratulating me on my year-end results.
I feel King David provided more than a school education it was an education for life.

I remember my teachers, Mrs Peake, Mrs Smilovici, Mrs G, Mrs Goldberg, and Mr Kaplan with great admiration and fondness. I have served on my own kids school board and always mention the type of school I went to and how my high school always tried to hire the best teachers in their respective subjects, a Jewish day school can have the best academic curriculum while providing Judiac and Hebrew excellence.

The South African Jewish community is very lucky to have King David schools and I am sure it will continue to remain one of the prides of the community for many more years to come."