Laurie has been practising in the UK as a barrister (advocate) since 1979 and was appointed to the rank of Queen’s Counsel (QC) in 2000. He is recognised as one of the leading lawyers in the UK: he has ‘star’ QC ranking in his field in the legal directory Chambers & Partners and is listed as one of the Chambers and Partners ‘Top 100 QCs’ in the UK. He also has ‘Tier 1’ ranking as a leading Silk in The Legal 500 and has entries in Who’s Who and Debrett’s People of Today.

Laurie acts for clients and is the author of various legal texts and sections of the leading encyclopaedia of English law. He has also participated in formulating or drafting legal provisions for national constitutions, regional treaties and UK Acts of Parliament.

In his case work, he has always acted for individuals seeking protection or redress against the State. He works in the UK and across Europe, drawing together immigration, asylum, nationality, constitutional and human rights laws, and his clients are diverse. They include oligarchs, government leaders, luminaries in the entertainment industry and world of sport, and people without fame or fortune who nonetheless are equally in need of protection or legal redress against the excesses of the State (such as the population of Diego Garcia and its outer islands, exiled in the 1960s to nearby Mauritius to make way for those islands to be leased to the USA for military purposes). Laurie’s clients all have one thing in common: a just cause to prosecute against the State.

Laurie says that the genesis of his interest in championing the rights of individuals against the State lies in his politicisation as a school boy in apartheid South Africa, combined with the remarkable environment of KDHS Linksfield from 1969-1973. In matric he was elected head of the Students’ Representative Council (SRC) in what sadly proved to be the SRC’s last year. He spent much of the time in conflict with the late Norman Sandler and the Jewish Board of Deputies, but at least KDHS allowed Laurie and his peers the liberty to question and to challenge authority, and allowed them to use KDHS as a base to establish a multiracial school student’s body called National Youth Action.

His KDHS years were formative and defining, and he feels forever indebted to the school and its wonderful teachers of that period, such as the enlightened and enlightening Mr Nel (Afrikaans), Rose Cohen (English) and Mr Lowry (history). 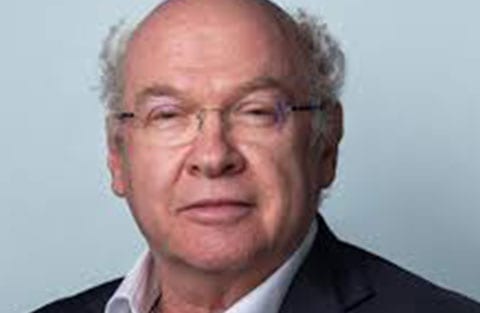