Linda Franklin Thorn is a Speech, Language Swallowing Therapist with over fifty years’ experience in Namibia and South Africa. She has passion for assisting people with communication disorders, tikkun olam, and Progressive Judaism. She has worked across diverse aspects of the field, in universities, schools, hospitals, private practice, and NGOs, addressing aspects of speech pathology.

Since the late 1970s, she was instrumental in starting several university and hospital speech therapy departments. After serving Acting Head of the Speech Therapy Department of Groote Schuur Hospital, she was invited to co-found the Logopaedics Department at the University of Cape Town, thereafter co-established an interdisciplinary team and lectured in the Institute of Counselling at University of Western Cape.

In the 1980s, Linda moved to Namibia. Here she helped establish Speech Therapy Departments in Windhoek State Hospital and Katatura Hospital Namibia. She lectured at the University of Namibia.

Thereafter, she started a private practice in Windhoek, where she worked with patients of all ages from early childhood development to geriatric care- working on articulation, language, voice, hearing and neurological conditions. As this developed, she became a flying speech therapist with Rossing Uranium Mine, (Swakopmund) assisting miners, dependents and inhabitants of coastal communities.

Realizing the lack of opportunity for Namibians to access speech therapy, in the early 1990s, Linda co-founded an NGO called CLaSH (Children with Language and Speech and Hearing Problems). Clash aimed to empower rural and urban caregivers to stimulate early childhood language development, identify other hearing and speech communication disorders, provide teacher training to Eluwa School for Deaf (Owamboland), and acquire the specialization of volunteer ENT surgeons (from Germany) to operate and prevent permanent hearing loss in children with chronic ear infections.

The CLaSH preschool was created, and over the following 30 years in partnership with the government, CLaSH was involved in establishing the Namibian Institute of Special Education. For this work, she was a finalist of the Namibian Professional Businesswomen of Year 1996.

In the late 1990s, she returned to South Africa, and started a private practice and lectured at UCT and University Stellenbosch. She currently leads a team of therapists serving private hospitals and step- down facilities across Cape Town, focusing on acquired and degenerative neurological conditions and dysphagia.

In Namibia and South Africa, Linda has played an active role in Jewish communal activities. She is a committed member and participant in the Progressive Jewish movement and sits on the Executive Board of South African Union of Progressive Judaism (SAUPJ), the Executive Board of the World Union of Progressive Judaism and is the chair of the council of West Coast Temple Israel Congregation. She also chairs the board of Mosaic, an NGO concerned with advocacy, training and healing of victims of gender-based violence. 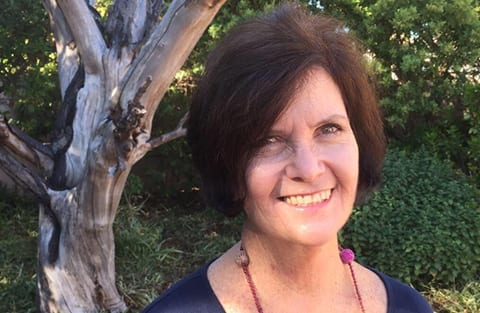 “King David School taught me the importance of the pursuit of excellence, and my favourite teacher was Louli Zampetakis whose liberal thinking opened my mind to many issues”.