Marc Maister is a partner in the prestigious American law firm of Irell & Manella LLP. He obtained a BComm from Wits and joined Irell after graduating from UC Berkeley Law School in 1991. He is a litigator and is currently the head of the insurance group and cyber liability and privacy group.

Marc specializes in handling high-profile litigation matters, with settlements and judgments over the years amounting to billions of dollars. His recovery of $150 million for The Flintkote Company was one of the top judgments in the Country that year. He recovered over $225 million on claims relating to Hurricane Katrina.

Marc has been annually recognized on the Southern California “Super Lawyers” list by Los Angeles Magazine (which identifies only the top five percent of lawyers in the country), has been named to the “Top 50 of Orange County” by Los Angeles Magazine, and is listed in Chambers USA: America’s Leading Lawyers. He was included in the Los Angeles Daily Journal’s “Top 20 Lawyers Under 40” (many years ago unfortunately); has been listed in the prestigious Best Lawyers in America for the years 2007-2016, and Cambridge Who’s Who among Executives, Professionals and Entrepreneurs. Marc was also selected as one of Southern California’s best lawyers by the Los Angeles Times Magazine for his work in commercial litigation and insurance law. Marc taught insurance law at UCLA law school for several years.

Marc is married to Mandy Myers Maister and has three wonderful children whom he considers his greatest achievements.

Marc has fond memories of Mr. Wolf (despite the jacks), playing soccer at King David and especially Mrs. Peak who taught him how to write. He credits King David with helping him maintain his strong Jewish heritage and as a result is currently a member of the orthodox congregation Beth Jacob of Irvine. Marc recalls being a lazy student while at King David (code for being considered stupid). He credits his success after high school to hard work and resilience. He counsel others at his law firm to work hard but smart; be detail oriented and see the big picture; write well and always do quality work; be resilient and tough; and never give up. His favourite words to his kids are “I love you” which are often followed by the words “suck it up.”

If he has any words of wisdom to offer as a KDHS alumni it would be to make your happiness a priority. Life is short – make it sweet. Be good at your job but more importantly be great person. That way you will always be successful. 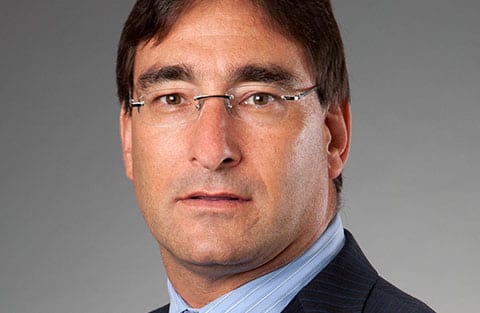