For over four decades, Naomi Stuchiner has devoted her life to societal and communal activities. Beit Issie Shapiro, which she founded and directed, serves as a model for the inclusion of people with disabilities in society. Stuchiner was born in South Africa. In 1970, after completing her studies in Social Work at the University of Johannesburg, she married Tuvia, an Israeli, and immigrated to Israel immediately becoming involved in social initiatives. She established a Community Unit in the Hatikva neighborhood for the Tel Aviv Municipality and was one of the founders of the Community Mental Health Unit in Raanana of the Shalvata Psychiatric Center.

In 1980, after the unexpected passing of her father, Issie Shapiro, ז"ל, Naomi and her family continued to realize her father’s dream to create a program in Israel for people with disabilities.

Beit Issie Shapiro’s expertise is in scaling up its impactful solutions thus promoting systemic change in the lives of people with disabilities in Israel and internationally. Beit Issie Shapiro also has Special Consultative Status with the UN’s Economic and Social Council (ECOSOC).

Over the years, Stuchiner and Beit Issie Shapiro have been awarded numerous awards and recognitions, including the Henrietta Szold Social Work Award, the Prime Minister's "Magen HaYeled" Award, the Shalem Foundation’s Volunteer Medal of Honor, the Minister of Health’s Shield for Outstanding Volunteers, the Midot "Most Effective Non-Profit" Award, the Wind Social Entrepreneurship Award and Honorary Fellowship from IDC Herzylia, The Rappaport Prize for Lifetime Achievement and Women Generating Change in Israeli Society, and in 2020, the Israel Prize for Lifetime Achievement and Special Contribution to Society.

Naomi and Tuvia have four children, twelve grandchildren and two great grandchildren. She lives in Ra'anana and received the city's Notable Citizen Award. 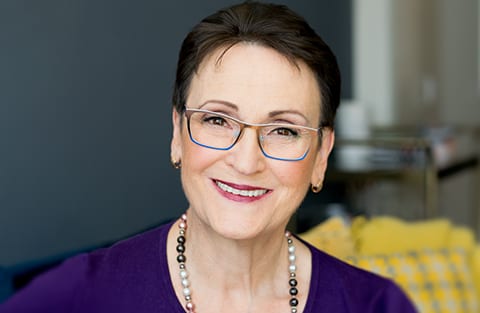 "I came to King David Linksfield in Standard 5, after having been at Barnato Park for the earlier years – the first exciting thing was that I did not have to continue to go to Cheder in the afternoons.
King David was always a challenge for me. My Latin teacher was Dr. Elena Thomas – the famed ‘you are a garden of vegetables – a bunch of bloody potatoes’. She was a true role model and inspiration for me and on the day before my final matric exam, she invited me to her home and helped me for six straight hours – and I passed Latin.
In my yearbook, 10th December 1964 she wrote “To dear Naomi …who was not my best Latin pupil but who always earned my respect for her many qualities of honesty, goodness, inner kindness - without knowing it perhaps she qualified as the human being we the Romans have admired for many centuries… With love- E. Thomas.”
I continued to remember her and her message to me throughout the challenging years of creating Beit Issie Shapiro."