Dr Rosalie Balkin is Secretary-General of the Comite Maritime International (CMI), an NGO headquartered in Antwerp, Belgium, devoted to the uniform application by States of International Maritime Law. She is also Ethics Officer at the World Maritime University in Malmo, Sweden.

She was previously Director of Legal Affairs and External Relations (1998-2013) and Assistant Secretary-General (2011-2013) at the International Maritime Organization (IMO), a United Nations Specialized Agency situated in London, whose mandate is to promote safe, secure, environmentally sound, efficient and sustainable shipping. Among her duties was that of Secretary to IMO’s Legal Committee and Executive Secretary to IMO’s governing bodies (Council and Assembly). Prior to joining IMO, she was Legal Adviser to the Commonwealth Ombudsman (Australia) (1982-1987) and Assistant Secretary in the Australian Attorney-General’s Department’s Office of International Law (1987-1998). During the latter period, Rosalie was Australia’s Head of Delegation to IMO’s Legal Committee and in 1993, she was elected Vice-Chair of that Committee, a position she held until “crossing the floor” in 1998 to join the IMO Secretariat.

Rosalie started her legal career in academia and has held various positions in a number of universities, including Wits University (South Africa), Melbourne and New South Wales Universities (Australia) and Cambridge University (UK). She has published extensively in Public International Law and International Maritime Law and most recently was Academic Coordinator of “The IMLI Treatise on Global Ocean Governance”, Vol III: IMO and Global Ocean Governance, published by OUP in 2018. She is also the author (with Prof JLR Davis) of “The Law of Torts”, now in its fifth edition.

Rosalie was recently part of a five-member Compulsory Conciliation Commission established under the 1982 Law of the Sea Convention which facilitated the Governments of Timor Leste and Australia reaching agreement on their long-disputed maritime boundaries in the Timor Sea. In the 2018 Australia Day list, she was made an Officer of the Order of Australia (AO) for “distinguished service to maritime law through roles with a range of organisations, to the improvement of global shipping transport safety and standards, and to education as an academic and author”. 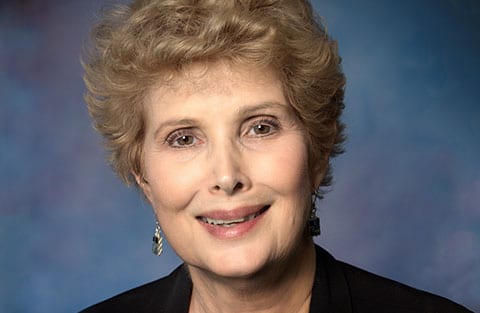 I have many happy memories of my schooling at KDS and KDHS. Just as importantly the education I received provided me with a solid foundation that served me well in the years that followed. I would like to thank the many good teachers I had, in particular, Pearl Benater, Barry “Boozie” Williams, Donovan Lowry and Maish Zimmerman