In 2007 he moved to Sydney and started his Bachelors Degree in Nursing all in pursuit to become a trauma Surgeon and Critical care specialist. After being rejected from South African/Australian/ Israeli/ US Med schools he was finally accepted into a privately owned United States Medical school in the West Indies In 2011.

Ryan left his family to pursue his dream and 4 years later he graduated as a United States Medical Doctor. After a gruelling application process applying to over 170 General Surgery Residency programs across the US, he was finally offered 9 interviews of which one happened to be at the world-renowned Johns Hopkins Hospital in Baltimore.

His dream became a reality when he was offered a job at Johns Hopkins over 3 years ago now. In July he will be starting as a 4th year surgical Resident with them and will be applying for his Trauma and Surgical Critical care fellowship position in December.

Ryan has published multiple papers in the field and is currently focusing his research efforts in abdominal wall reconstruction and major traumatic vascular injury. 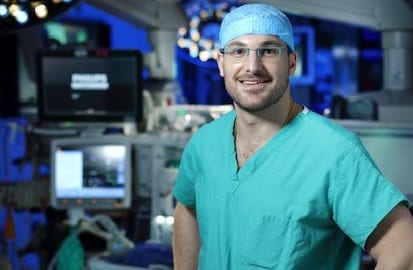 “It’s now been over 8 years away from home and family all to become the surgeon I have longed to be for all these years, to hopefully return home and give back to a country that gave me and my family everything we have today.

As early as I can remember I was going to be a Trauma Surgeon. None of this would have been possible without my South African foundations, my King Davidian guidance and most importantly my family. King David both Sandton (primary) as well as Linksfield (high) shaped me into the person I am today. The education and sports exposure allowed me the abilities and opportunities to excel in my various interests. The guidance and mentorship has instilled a sense of confidence, humility and pride in my work.