Sharon Spiegel-Wagner is an actress and musician best known for her starring role as Justine Duval in the SABC1 drama series Tempy Pushas, set against the backdrop of the lavish fashion world and juxtaposed with the vibrant township culture, in 2013. It was her first major screen acting role.

Sharon was born a performer and her passion for acting and singing grew from a very early age. At nine years old she was cast in Puccini's opera La Boheme. Two years later she was cast in the State Theatre musical The King and I.

During school Sharon studied classical singing and piano and entered several competitions winning her numerous medals for her talents. During her final year at school, Sharon completed her associate teaching diploma for Musical Theatre and Dramatic Art through Trinity College London, winning the prestigious Exhibitionist award, placing her on the shortlist to receive a personal congratulations from the Queen of England.

After school, Sharon went to study Dramatic Art at WITS with Honours, winning consecutive top performance awards including the top senior prize for performance. After leaving Wits, she worked in children's theatre writing, producing, directing and composing music. Sharon played a witch in Macbeth at the Tesson theatre and then played the romantic lead in Iron Love at the Grahamstown Arts festival.

She sang lead vocals in Sun City's Let there be Rock, and was later cast in Fiddler on the Roof and Hairspray. She has worked in Industrial and corporate theatre applying her skill in rhythm, drumming, as well as staging.

Sharon matriculated as Head Girl in 2001 at King David Linksfield and her memories of King David are filled with the joys of learning, leadership and inspiration. 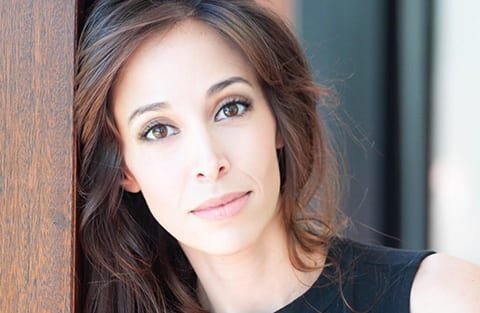 "The skills and support that King David gave me filled me with an invaluable sense of confidence and identity and I will forever be grateful to my teachers, my mentors and all those who believed in me at school. I had the time of my life."