After matriculating in 1979 at Victory Park, Tony studied Electrical Engineering at WITS where he graduated Cum Laude and won a prize from the vice Chancellor for best final year project. Thereafter he joined the Council for Mineral technology (MINTEK) in 1984 and remained there till 1989. During his time at Mintek he had his first exposure to real time Artificial Intelligence where he developed and applied image processing to mineral processing such as diamond, titanium and gold beneficiation. He was awarded his MSc and PhD for this pioneering work. After Mintek he helped develop SA first SCADA system whilst at Azon Controls. Thereafter he joined KBE and pioneered the application of the world most sophisticated expert system to over 160 clients in South Africa and around the world. This work extended to the deployment of Artificial Neural networks and Model Based Predictive Control (MPC) and invented applications of Hybrid AI based Control and Optimisation technology to Kilns, Mills, Furnaces, a number which were patented. He has published widely and presented at many engineering conferences across the world in particular in IEEE.

Since 2000 Tony has built up his own company Optin specialised in Intelligent Solutions using AI for industrial optimisation. Currently his AI software is optimising cement production facilities in China 10 times greater than the total South African production. He won internal prizes from PPC and Conch Cement for his contribution to Cement Optimisation. He also assisted Debtech with their first image processing solutions which resulted in one the most sophisticated medical X- RAY analysis system in the world.

For a number of years Tony also held concurrent position of Vice President of Advanced Solutions at Gensym Corporation a US company supplying the most powerful expert system to the likes of NASA and US Department of Defence, Lafarge-Holcim, Saudi Aramco, Exxon-Mobil , etc

The King David culture and school system was and is still is large part of his life. Tony married Karen and they have three children. Both sons Jarren and Rowan went to KDVP, and Kate, their daughter is currently at KDVP.

In terms of Tony’s time at KDVP, he describes most years at the high school as great, especially Matric. The teachers that really left an ever-lasting impression are his geography teacher Prudue Goodwin, his maths teacher Mr Oliver, and Joseph Sherman for English and life in general.  All challenged Tony over and above the norm, re-enforcing his love of maths, science and general humanities. 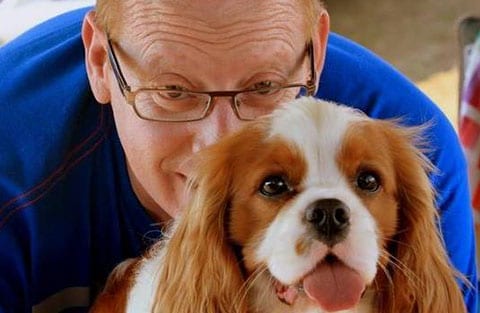