Warren graduated from King David High School Linksfield in 1992 after serving as Head Boy during his final year. He graduated with distinction from the University of Witwatersrand Medical School in 1998 and completed an internship at Johannesburg General Hospital in Medicine and Surgery.

In 2000, he emigrated to the USA and completed a 3 year residency in Internal Medicine, including a Chief Residency at the John Cochran St Louis Veterans Hospital. He completed subspecialty training in Pulmonary and Critical Care Medicine between 2003 and 2006, and then joined the faculty of the School of Medicine at Washington University in St Louis.

He has authored numerous scientific articles focusing on ICU outcomes and hemodynamic monitoring and has co-authored the first three editions of the Washington Manual of Critical Care Medicine. He has won numerous faculty awards for Teaching of Internal Medicine Residents and Pulmonary Fellows. He is a fellow of the American College of Chest Physicians, the American Thoracic Society and the Society of Critical Care Medicine.

Warren lives in St Louis with his wife Vicki and their 4 children, Dovi, Adira, Liora and Ilan.

He remembers his years at King David High School Linksfield with particular affection, and recognizes his KDHS education as the foundation stone of his academic career. 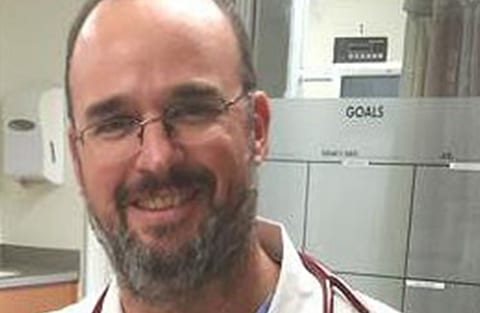 "I don’t think there is another high school in the world that has produced such incredible well rounded graduates in all spheres. The KDHS Linksfield experience transformed my life and much of that credit should go to Elliott Wolf and his dedicated teachers. I remember my First day in High School vividly. I came in Form 2 (Standard 7), not knowing a soul, from a school of 100 kids to my new school of 1200. I was walking around trying to find my classroom when Mr Wolf came right up to me, called me by my first name, asked me how I was doing and offered to help! I was shocked that he even knew my name amongst 1200 kids, but that was just the way he was. An amazing leader who taught us that a school is so much more than just a building with classrooms. My other great memories of High School are the sports events, playing 1st team Cricket and reaching the semi-finals of the Johnny Waite knockout competition, the only co-ed school to achieve that for many years."