Adrian Gore is the founder and Chief Executive Officer of the Discovery Group. He launched Discovery in South Africa in 1992, with a simple and core purpose of making people healthier and enhancing and protecting their lives. Discovery has since evolved into a diversified and multinational financial services group. Discovery is widely acknowledged as a global leader in wellness behavioural change and its integration with health, life, investments and short-term insurance.

Discovery listed on the Johannesburg Stock Exchange in 1997, and under Adrian’s leadership, has expanded its international reach to the United Kingdom, United States, Canada, China, Europe, Japan and Asia Pacific. Discovery generates total income flows in excess of $9 billion and has over 12 000 employees globally, serving over 17 million customers world-wide.

In 1998, Adrian was recognised as South Africa’s Best Entrepreneur by Ernst & Young, and in 2004 was chosen as South Africa’s leading CEO in the annual MoneyWeb CEO’s CEO of the Year Awards. In 2008 he received the Investec Award for Considerable Contribution in a Career/Profession, and in 2010, was named as the Sunday Times Business Leader of the Year. In 2015 Adrian was the recipient of the McKinsey Geneva Forum of Health Award.  In 2016 Adrian was named as the All Africa Business Leader of the Year by CNBCAfrica, in addition, Discovery is recognised as the Best Company of the Year in Africa, 2016.

Adrian is the past chair of the South African chapter of Endeavor – a global non-profit organisation that identifies and assists high-growth entrepreneurs.   He sits on the World Economic Forum Industry Agenda Council on Future Health, which is committed to improving global healthcare.  In addition, Adrian sits on the Columbia University Mailman School of Public Health Board of Overseers, the World Health Organisation Commission to end Childhood Obesity and on the Massachusetts General Hospital Global Health Advisory Board, whose mandate is to enhance care for the world’s most vulnerable populations, as well as to educate and prepare the next generation of health leaders and educators.

Adrian has recently been invited to sit on the Brookings Institute’s International Advisory Council. In March 2017 Adrian was conferred with an Honorary Doctorate in Economics from the Faculty of Commerce from the University of the Witwatersrand. In August 2017, Adrian won the Frost & Sullivan Visionary Innovation Leadership Award for Africa. This award recognises an individual who has, over the course of his/her career, demonstrated significant excellence in contributing to driving growth, innovation and leadership through their personal contribution and efforts in industry.

Adrian Gore, together with the past CEO of Bidvest Group, Brian Joffe, were tasked by the then Finance Minister, Pravin Gordhan, to coordinate efforts to set up a SME Fund to stimulate entrepreneurship in SA. The SA SME Fund has been launched with an initial R1.5bn of private sector funding. 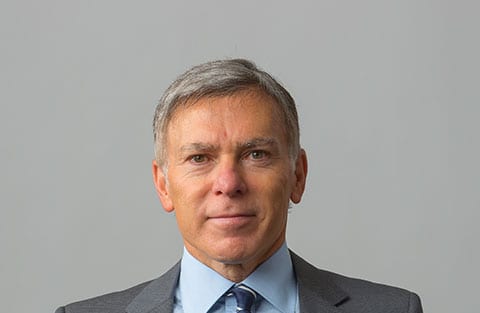 “As a graduate of King David High School and as a parent of children who are King David learners, I acknowledge my debt of gratitude to a system that has provided excellent education to generations of learners.

I encourage you to join me in this enterprising effort to keep our community schools at the cutting edge of education by donating to this wonderful cause”.