Colin Goldschmidt is the CEO of Sonic Healthcare, an Australian listed company with international pathology operations, employing around 40,000 people. He studied medicine at Wits and then migrated to Sydney, where he qualified as a pathologist, before taking on his management role in 1993.

Since then, he has led the dramatic expansion of Sonic Healthcare from a single Sydney-based laboratory with turnover of $20 million to that of a global pathology operation of $6.5 billion in annual revenues and capitalized on the Australian stock exchange at around $13 billion. Sonic is the largest pathology company in Australia, Germany, Switzerland and the UK and the number three player in the USA. Colin has committed the company to a unique culture of “Medical Leadership”, where doctors or experienced healthcare professionals are involved at all levels of the company’s management.

Sonic’s principal charitable activities are in Africa, through direct financial contributions and on-the-ground technical support by Sonic staff to five acute care hospitals in Ethiopia, Tanzania and the Democratic Republic of the Congo. 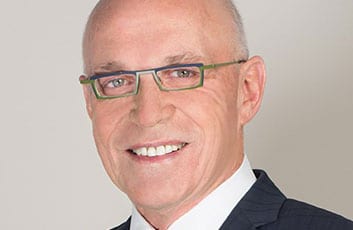