After graduating from King David Victory Park, Daniel studied Aeronautical Engineering at WITS. In his second year he was required to complete an internship, and as one of his friends had recently moved to Southern California, he decided to visit him and find an internship out there. Being a naive 20-year-old, it didn't even occur to him that it would be unrealistic to walk into a corporate office of Boeing or Lockheed or Northrop Grumman and ask for an internship and get it. But that is what he did - literally drove around to these aerospace companies to try and get some vacation work experience. He stumbled across a start-up company by the name of SpaceX. Here is a link to a fun video/interview which tells the story https://youtu.be/N4glvduGG_U.

In August 2003 Daniel moved to the USA to finish his BS Aerospace Engineering at the University of Southern California, after which he pursued an MS Astronautical Engineering, focusing on rocket propulsion and orbital mechanics. He graduated from USC in 2007, with the master of ceremonies being none other than Neil Armstrong!

After graduating, Daniel worked at SpaceX for almost 8 years, starting as a Structures Manufacturing Engineer working on the Dragon spacecraft. This was his dream come true. His first project was getting the primary structure of the vehicle built, but he had a hand in almost every other structural component that went into the vehicle. He became the manager of the Dragon Structures Manufacturing Engineering team which was responsible for fabrication of all of the parts of the spacecraft (primary structure, nose cone, guidance navigation and control bay, berthing mechanism, thermal protection system including head shield, trunk, solar arrays and fairings, and others). His last year was spent working on redesigning the capsule to be waterproof so that it could be fully reusable.

The highlight of his career was standing outside of mission control (in Los Angeles) and watching the third spacecraft launch, and then 3hrs later going outside the building to watch the International Space Station fly overhead, chased by the Dragon spacecraft which he had helped build in Hawthorne and then integrate at Cape Canaveral. Daniel was part of a small group of people, including Elon Musk, who watched this event.

In July 2018 Daniel joined The Boring Company as a Production Engineer helping to bridge the gap between engineers and their CAD models, and technicians out in the field. He helped get the first 1-mile-long tunnel built in LA, and led the effort to construct the extraction shaft which was used to pull the machine out of the ground, and then had an elevator installed in it for lowering cars into the tunnel. In 2019 he moved with the company to Las Vegas to work on the people mover for the Convention Centre, as the Project Controls Lead. 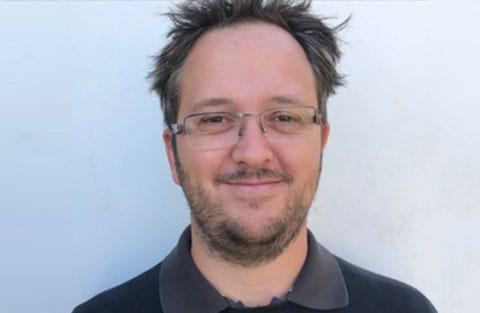 “I have very good memories of my time at KDVP. I learned some very valuable lessons which I still remember to this day, such as from Meneer Ludtke when he said "better the devil you know than the devil you don't know" (I said I was glad to be leaving his class to go to high school:) True.

More importantly, I remember being taught, to always "manage expectations" -- I think this is one of the most important lessons I carry to this day. These days when I find myself at the bottom of a large shaft which will one day be an awesome underground station, looking at the different layers of sand and stone and marveling at how much water there is underground in this desert, I think of geography class with Mrs Wilsher (I hope she'd be proud!).