Debbie Berman is a Film Editor who most well known for her work as an Editor on 'Black Panther', which is the first super hero film ever to be nominated for several Academy Awards (including Best Picture), and winner of 3.

She is one of the very few female Editors working on big budget features, and has had a meteoric career rise over the last couple of years. This began with her first foray into Marvel Studios editing 'Spider-man: Homecoming'. This film was critically and commercially acclaimed, and reinvigorated the franchise to become 2017's top grossing super hero film.

She then worked on 'Black Panther', which is nothing less than a cultural and film phenomenon. It received a 97% on Rotten Tomatoes (Marvel Studio's highest scoring film), made $1.2 billion worldwide, and is one of the top grossing films of all time. Using her unique life experience of being born and raised in Africa, Debbie was able to help ensure the authenticity of Marvel's first film set on the continent. She worked intimately with Ryan Coogler for about 8 months to help craft the story, characters, performances and visual effect sequences. One of her major contributions was to guide the narrative and the performances in a way that accentuated a multitude of powerful, interesting and inspiring female characters, and to help Andy Serkis with his South African accent!

Debbie's third film in a row at Marvel Studios was 'Captain Marvel'. It is the first female led film in their cinematic universe. It grossed over a billion dollars within its first month of release, had the biggest worldwide opening weekend for a female led film, set the worldwide opening weekend record for a solo superhero film, and is the highest grossing female superhero film of all time.

Debbie is now in high demand as one of the most exciting new talents in Hollywood. 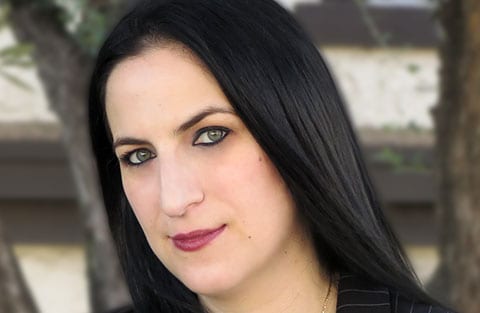 "I loved going to KDVP. My first introduction to film editing was through the Flash Video Club Edit Suite, where I spent all my free time (and admittedly classes that I didn’t feel like going to!). I loved editing videos that I filmed at school events, and the short films that I made on weekends with friends. The art room was right across from the edit suite, and my art teacher Mrs Wilks would often see me ‘bunking’ class to sneak in there and work on my videos. In my matric year, she figured out a way to let me make a short film as my final art project. I have never forgotten her support and encouragement, and am devastated that we lost her tragically. Another teacher who always encouraged a love of the Arts was Joseph Gerassi. He ‘commissioned’ me to make a ‘behind the scenes’ mini documentary about one of our school plays. I worked on it for months, and it was a phenomenal experience for me. I will always remember that my love for editing and began in that little brick room, and become a lifelong career and passion. It all began at KDVP. Hopefully now my teachers can forgive me for missing class so much!"