Larry signed his first professional soccer contract when he was 19 years old for Jomo Cosmos. He then moved to Bidvest Wits and after that signed for a brief spell at Mpumalanga Black Aces, but before he could even kick a ball he was bought by Chippa United.

He enjoyed his time at Chippa United but when Moroka Swallows showed interest, he could not turn the deal down. He has been at Moroka Swallows for the past 2 and half years and has just received a call up to the Lithuanian National Team for the Euro Qualifier against England at Wembley.
Other than football, Larry was voted 2nd best dressed man in South Africa for GQ magazine. He was also part of the Cosmo sexiest man calendar and has participated in advertising campaigns for Woolworths, Edgars and Truworths.

Larry believes that being at King David provided him with the grounding and initial life skills which he has carried into his professional football career. The sense of community he experienced at King David gave him lifelong friends and made him proud to be a part of the Jewish community.
He is extremely proud to be a King Davidian. 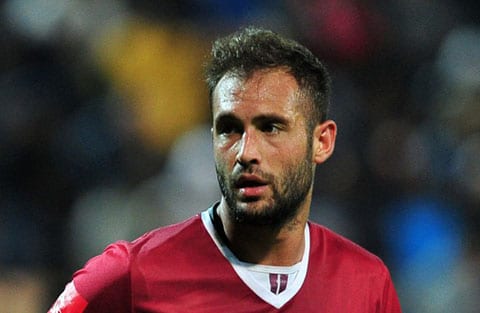 "In Primary school, I had a teacher, funnily enough by the name of Mrs Cohen (no relation to me) – she actually helped me through my whole school career and she is still very dear to me!"