Rafael Sacks is a Full Professor of Construction Engineering and Management at the Technion – Israel Institute of Technology. He has served as Vice-Dean for Graduate Studies and Research in the Faculty of Civil and Environmental Engineering, and he was Department Head of Structural Engineering and Construction Management from 2012-2015. His research focuses on the synergies of Building Information Modeling (BIM) and Lean Construction, including applications of AI to BIM.

Rafael is lead author of two books: the “BIM Handbook”, the leading textbook in the field, currently in its 3rd edition; and “Building Lean, Building BIM: Changing Construction the Tidhar Way”. He has a rich record of journal publications and is frequently invited to lecture on his research around the world. In 2016, he was awarded the American Society of Civil Engineers’ Thomas Fitch Rowland Prize for research in construction management.

He is an avid mountain biker and runner, participating whenever possible alongside his wife Celine, daughters Yonit and Na’ama, and son Tal.

“In the 1970’s King David provided a broad education, much richer and more liberal than that of the society around us, forming a worldview that has had a long-lasting impact”. Among his favourite teachers: Mrs. Wolfson, from the first days at junior school, Mr. Allenby and Mrs. Schneider at primary school, and Elliot Wolf, Don Lowry and Dr. Thomas at high school. They all knew him as Russel, which turned out to be a very difficult name for Israelis to pronounce correctly…. and which therefore became Rafael in 1984, when he moved to Israel. 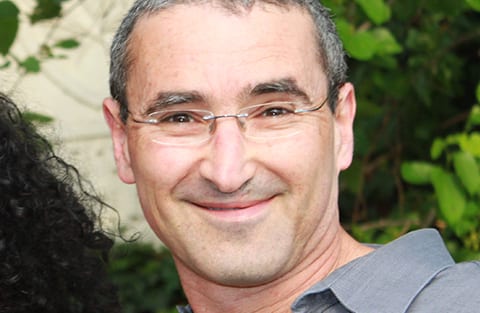 "In the 1970’s King David provided a broad education, much richer and more liberal than that of the society around us, forming a worldview that has had a long-lasting impact'