Shaun Rubenstein Olympic canoeist, who represented South Africa at the Olympic Games in Beijing in 2008.

He has been competing internationally at senior level since 2002. As a junior canoeist, Rubenstein competed in all forms of the sport, from sprints to river marathons. He was a member of the South African junior sprint and flat-water marathon teams, competing internationally. His best junior result was at the 2001 World Marathon Champs where he won a bronze medal in the K-1 event. 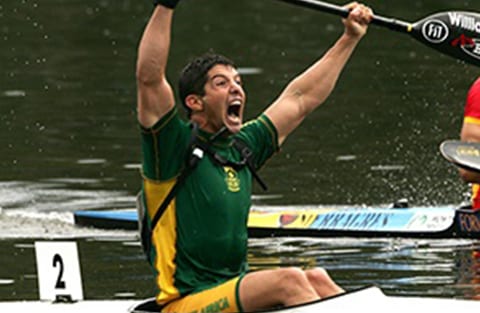